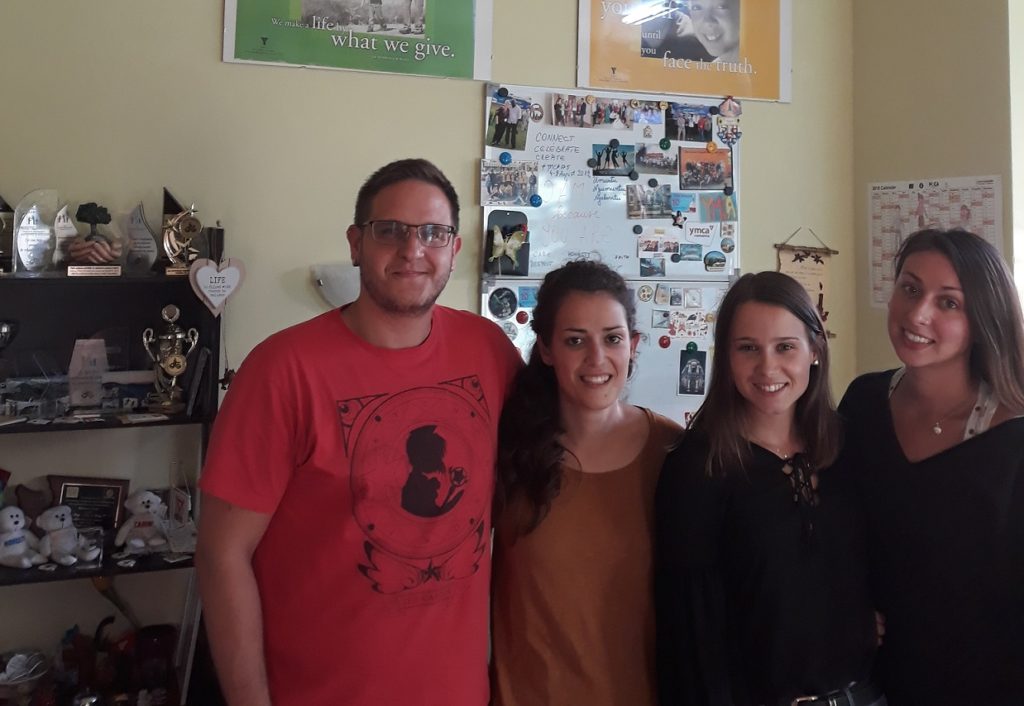 4  volunteers from France, Portugal, Spain will work for 11 months with children and youth of Baia Mare and Cavnic

The project aims to promote inclusion and civic involvement by empowering children and youth, including those with fewer opportunities to become Ambassadors of the community, supporting diversity, tolerance, initiative, critical thinking, equality, initiative to create a society build on the principles of democracy and respect for human rights.

The will run  inclusive programs for children and young people  in Baia Mare, Cavnic, personal development for children and pre-teens workshops,  clubs on leadership and civic engagement education, on human rights, No Hate Speech, YMCA Youth Parliament program in civic engagement,  media and ITC workshops,  will have mentoring and  Romanian language classes and will be actively involved in the community project developed under #Uturn Baia Mare – National Youth Capital 2018-2019 Program.

All the programs from Baia Mare and Cavnic, in the context of under #UTurn Baia Mare – National Youth Capital 2018-2019 Program meets not only the needs of the young people but as well support to build knowledge bridges, trust in the local community, fostering local involvement, active participation of young people. A such approach was expressed during th UN ECOSOC Youth Forum in January 2017 and 2018 where our organisation had a delegate in the World YMCA official delegation. The message was: “We cannot see anymore the young people as our FUTURE, because then we jeopardize the future for us all. The young people are our PRESENT, they need to act NOW, to raise their voice NOW, and as the others to listen them NOW”.

Our project comes to support this recommendation and approach, especially in the context of Baia Mare – National Youth Capital 2018-2019 Program, the volunteers and having the opportunity ti get actively involved in a various projects and programs with local, regional, national and international impact, developing their competences and to contribute together with the local voluntaeers to what we dream of : a Youthquake –  a significant cultural, political, or social change arising from the actions or influence of young people, ie the development of young people’s social capital, the empowerment of young people and their ability to participate actively in society.

The project is design aroung the Erasmus Plus volunteers as main actors, they have the same role and position in our organization as the local ones. They are our colleagues, with very specific responsiblities, their voice is always listen, all the activities being ment to empower them to develop competences .

“Youth Power Space II ” project is co-funded by European Union through Erasmus Plus Program and it is organized together with the sending organizations – partners of the project: Asociacion Building Bridges-Spain, ProAtlântico – Associação Juvenil -Portugal, Ville de Nevers- France.