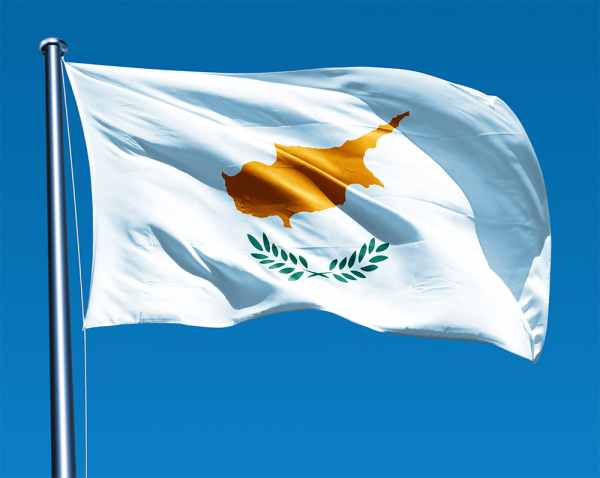 Our project’s mission is to organise different leisure time as well as educational activities for young people, in order to help them find different creative ways to spend their free time. At the same time our aim is to help them learn some new things, such as speaking a new language, getting to know a new culture and also come nearer to their own traditions.

With the help of our voulunteers, we are going to organise activities that will help the Cypriot community to explore their identity and find ways to become more active.

One of our goals will be to inspire the local community be more active citizens, by organising different events, open to the public, and promoting volunteerism. A lot of young people in Cyprus are at the moment unemployed and quite frustrated because they do not feel
that they are productive in any way. There are also a lot of young people that may be asylum seekers, political refugees or even human trafficking victims. These young people do not have the same opportunities as others, especially because they are not really integrated in the society. A lot of them do not have friends or hobbies and in many cases, not even some creative ways to spend their days or learn something. Our goal is to promote the inclusion of these young people to the society and help them find ways to use their energy in a creative way. We will also organise events that will show them the opportunities that they have abroad and how they can travel and at the same time learn new things.

About the ideal volunteer, there are no preferences regarding gender, age or study areas. We need an active and well-motivated person, willing to expand his/her horizons through experiencing new adventures and challenges.

The volunteers should have the necessary competencies and motivation to work with young people of different backgrounds and with different interests as well as the willingness and openness to learn new things, including working with the computer. The volunteers should be preferable over 20 years old, open-minded towards different working methods, different languages and cultures and be interested to make new experiences in an intercultural environment. No special scientific or studies background is needed, however it will be appreciated any knowledge/skills regarding sports, arts, ideas in finding alternative ways to increase youth participation, activism in several sectors, environmental issues etc.

The countries that are going to be involved are Italy, Spain, France (Martinique), Czech Republic and Bulgaria.

Through different actions, including non formal education and a variety of other tools, such as Human Library or Theater of the Oppressed, cultural festivals and many more, we will try to make people understand that they have different ways to be productive and creative.

The volunteers will get lots of versatile experience from youth work and will gain lots of knowledge about leading different kinds of youth groups.

The volunteers will have the opportunity to plan activities such as their own workshops according to their interests and also be part of developing old ones, such as the weekly radio show and the 2 months edition magazine. They will also have the chance to help in a refugee
shelter and learn about different kinds of office work like reporting and planning.

Volunteers will participate in the diffusion of youth mobility programs, support the implementation of workshops and the search for partner projects and help with organising local and international seminars.

EVS must be full-time service for the volunteer. Her/his project activities (including language and other training activities relating to the project) should take up at least 30 and not more than 38 hours per week (around 7 hours per day).

The volunteer is entitled to two consecutive free days per week and two days of holiday per month.

The accommodation will be at a house close to the city center of Nicosia. The four of you will share a house in Samou Street and the three of you will share an apartment in Stasinou Street which are very close to our office. Each of you will have their own bedroom and will share the common areas such as the kitchen facilities and living room.

Each of you will receive 130 Euros for food allowance and 110 Euros for pocket money each month. Your accommodation will be provided by Hosting Cyprus. You are requested to be very careful on your electricity and water bills. A maximum allowance of 75 Euros will be provided for Electricity and Water bills per month for each house. In case you exceed that amount, you will be requested to provide the extra costs by yourself.

 Medication if you need

 Laptop (in case it is difficult for you to bring one, please inform us)

Floating on the waters of the European Mediterranean, but pointing longingly towards the shores of Syria, Turkey and Lebanon, Cyprus is an odd mixture. It is a kaleidoscopic blend: its cultural influences are dominated by Western Europe, but its geographic

proximity to Asia and Africa gives it more than just a hint of the East.

Long coveted by mainland Greece and Turkey, this small island has its own definite and beguiling character.

Cyprus is the island for all seasons, the island of good weather, good mood and loads of sunshine! The people of Cyprus are warm – hearted, hospitable and kind, people who love to go out and who appreciate good company.

The project will take place in Nicosia, the capital of Cyprus which lies somewhere in the center of the island. It is a city which blends both history and the modern life while at the same time it is also the last divided capital in Europe. The northern part of the city functions as the capital of the Turkish Republic of Northern Cyprus, a disputed region recognized only by Turkey, and which the international community recognizes as Cypriot territory under Turkish occupation, and has done so since the Turkish invasion in 1974. More information about Nicosia.

In Cyprus there are two airports: Larnaca and Paphos airport (International Airports). The Ercan airport located at the northern part of the island is not recognized by any other country except of Turkey so you are not allowed to use it to come to Cyprus for the project in order for you to get the money for the tickets.

For transportation you can travel around, within the city, or between cities by bus. Check the following websites for more information:

YEU Cyprus team will provide the volunteers with bicycles which they can use in their daily life.

Cyprus, a former British Colony (1878-1959) became independent in 1960. Originally, Cyprus was inhabited mainly by Greek Cypriots constituting 83% of the population and Turkish Cypriots numbering to around 17%. However, problems arising between the two communities led to intercommunal conflicts and violence, with Turkey invading Cyprus in 1974 ; occupying 37% of the island and claiming the north as their “legal” own state (Turkish Republic of Northern Cyprus (TRNC)), recognized only by Turkey. The results of the Turkish invasion of 1974 were disastrous for Cyprus, with thousands of people being killed, hundreds of thousand becoming refugees in their own country, and with serious issues of human rights violation. Since then, Cyprus and its capital city Nicosia have been divided by force between the island’s Greek Cypriot and Turkish Cypriot communities in the south and north respectively.

On the 23rd of April 2003, as part of efforts to reunify the island, several checkpoints were opened so that people from the two communities could move freely from one part of the island to the other. Nicosia retains the distinction of being the world’s last divided capital.

Nowadays, talks are taking place to solve the Cypriot issue and unify the island.

The currency of the Republic of Cyprus is the Euro.

You are responible to buy your own cypriot SIM card.

Greek and Turkish are the official languages of the Republic of Cyprus spoken by the Greek-Cypriot and Turkish-Cypriot communities respectively. English is widely spoken. French, German and other languages are also well spoken within the tourist industry.

Cyprus enjoys an exceedingly high level of freedom of worship. While the majority of Greek-Cypriots are Greek-Orthodox Christians, other denominations are represented on the island, including Armenians, Maronites and Roman Catholics. The Turkish-Cypriot community is predominantly Muslim.

Cyprus enjoys an intense Mediterranean climate of really hot dry summers starting in mid-May and lasting until mid-September and rainy, quite mild winters from November to mid-
March.

March-May are the months when weather in Cyprus changes from spring to summer. The summer months are very hot so you will need comfortable and light clothing. Don’t forget to bring your swimming suit. Recommended clothes are comfortable medium-weight and summer apparel with light jumpers or long sleeved clothes for the evenings.

People in Cyprus appreciate good food. In fact, most of the social outings and relationships revolve around food! And that’s food that is coming in a lot of variety and large quantities for massive stomachs! While in Cyprus it’s a must that you try:

Meze are available in a meat variety or fish variety but quite often come as a mixed batch, which is rather pleasing.

 Sheftalia which is a kind of sausage without skin. The filling of Sheftalia is made of ground pork or lamb shoulder and leg. It is mixed with fine chopped onions and parsley and seasoned with salt and pepper. Instead of sausage casing it uses caulk fat, the membrane that covers the stomach of a lamb or pig, to wrap the ingredients. In words it may not sound so good but in the mouth it is simply yummy yummy!!!

 Halloumi is a uniquely Cypriot cheese, made from a mix of cow’s and sheep’s milk. Hard and salty when raw, it mellows and softens when cooked and is hence often served grilled.

And of course this is just a short list. There are plenty more tastes and dishes to try!

Another important thing about Cyprus is the social life of Cypriots who normally spend their free time (mornings, afternoons, evenings, we simply don’t mind) going for coffee in several coffee shops around the city, that stay open until around one o’clock at night! Coffee is quite popular even at 10 or 11 pm and what is also very popular is the special frappé (foam-covered iced coffee drink made from instant coffee), which seems to be something like a Greek coffee invention. Later during the evenings people hit the clubs at around 12:30 with the party lasting until the early hours of the morning, when again they try to get rid of the hangover with more food at local fast food restaurants.

We will study carefully all application and selected candidates will be invite for Skype interview.

All documents written in english you can send to: asociacionbb@gmail.com with subject “EVS Cyprus Yeu.YOUR NAME.YOUR SURNAME”.