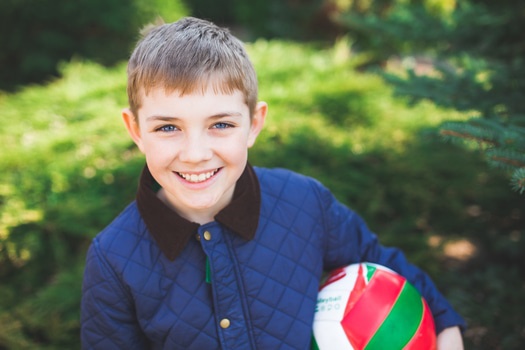 The project will start in June 2017 and will last for 12 months.

The Kindergarten  is a child care institution opened in Potsdam in 2010. The Kindergarten is situated in the western part of Potsdam near to the historical Old City center and has the capacity of 130 children aged between 1-6 years, who in their development are accompanied by 16 educators/teachers, movement coordinator and other support persons like trainees and volunteers. The Kindergarten has activity rooms on 4 floors that are occupied based on the themes and age categories of children, Kneipp room and ca 1200 qm big playground and garden for outdoor activities. The Kindergarten is supervised by LSB SportService Brandenburg gGmbH, that was set up in August 2004 as a 100% subsidiary of the Brandenburgische Sportjugend im Landessportbund Brandenburg e.V. (Sports Youth Brandenburg within the Sports Federation Brandenburg). Organization&#39;s tasks are the acquisition of Kindergartens and after school care centers and providing them a profile of an exercise and movement oriented institution.

The Kindergarten as the receiving organisation will closely cooperate with the Brandenburgische Sportjugend (http://sportjugend-bb.de/), who is going to act as the coordinator in this project.

The project foresees that through the daily work in the Kindergarten the volunteer gains indepth knowledge about the sport and health oriented Kindergarten concept, which was developed by the Brandenburgische Sportjugend in co-operation with the Potsdam University. A new concept plans to fight motorial and development deficits at early child stage. On the move; education has the highest priority as a pedagogical basic principle and therefore the slogan of the Kindergarten is ‘Always on the move’. The concept nowadays is considered to be an example of best practice in the Federal State of Brandenburg.

Through the daily engagement volunteer will be integrated in the &quot;on the move and health orientated&quot; program of the Kindergarten. Volunteer will support the staff/pedagogues in the Kindergarten during their service, making games, sports, various workshops and fun parts of the daily occupations of children. Movement activities will help the children to activate the reduced actions to move their body, as well as, help opposing their impoverished actions during leisure time activities. In addition, the volunteers should communicate to the children that doing sports and being active is fun. In this way this approach will lead the children to a better consciousness for health.

The volunteer should be of assistance to all kinds of activities and help the pedagogues in their daily work. Movement and health themes are only one part of activities offered in the Kindergarten. The Kindergarten offers for children activities, workshops and projects in the direction of handicrafts, music, environmental awareness, geography etc.

Also, the volunteer will have opportunity after agreement with the Receiving organisation to organize his/her own projects, e.g. about himself/herself, his/her own country, culture, traditions, language and food. The volunteer can bring in own songs, dances and games.

Kindergarten can offer the following work and learning opportunities to the volunteer:

– to learn about sport structure and organizations in Germany

– learn about the educational and pedagogic methods

– to plan and implement the festivities and celebrations

– to receive the knowledge about German culture

Background and profile of participant:

– dedicated commitment and creativity (for example skills in music, sport and games, dance or in general be on familiar terms with children)

– awareness of being the role model for children

– curious and be interested in German culture and language

Building Bridges users and/or long term unemployed (proved by scanned document) will have preference to this volunteer service.

We will study carefully all application and selected candidates will be invite for Skype interview. The selection of volunteers will take place in the coming weeks.

All documents written in English you can attach below with subject: “EVS Germany Ozolina. YOUR NAME. YOUR SURNAME” to asociacionbbARROBAgmail.com