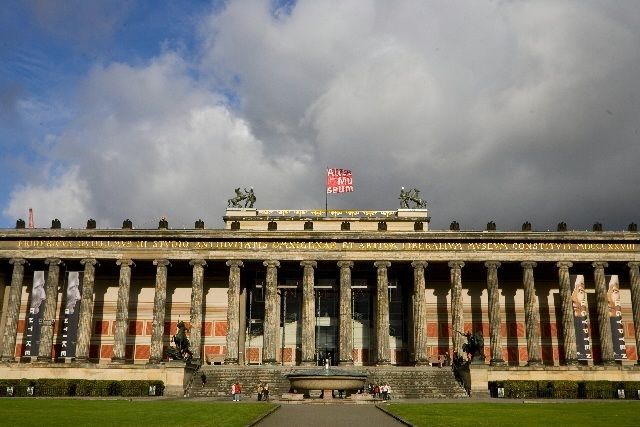 VJF (Union of young volunteers) was founded in March 1990 and is an officially recognised non-profit association for organising youth works, with the aim to expand the idea of international voluntary movement. The association organises international youth meetings with short term projects (workcamps) and long term projects (European Voluntary Service, weltwärts) as sending, hosting and coordinating organisation and takes part in the responsibility considering the engagement in the Voluntary Ecological Year within a period of one year. More to that, the VJF covers a Project and Meeting place in the outskirts of Berlin.

Every year we organise around 40 international workcamps, bilateral projects and seminars in Germany and offer around 600 workcamp places to German volunteers to go to our partner organisations in around 60 different countries in the world.

VJF has been accredited as the sending and hosting organisation for the European Voluntary Service since 1996. Since then we sent around 85 young volunteers to projects abroad. VJF hosts annually between 6-10 EVS volunteers in different projects, youth clubs in Berlin, children recreation centers in Brandenburg and in the organisation itself.

Duration:The service should start in the beginning of April 2015.The service will last 6 months until the end of September 2015.

Number of volunteers:2 volunteers. Still, there will be other EVS volunteers on other programmes of VJF to meet and get in contact with.

Accommodation & Food:The two volunteers will live together in a house in Berlin Grünau (outskirts of Berlin) at VJF’s seminar and meeting place. He/ She will have his/ her own room, but share a bath room and a kitchen. The place is remote in a forestal area on the shores of a lake and the volunteers will need to bring a torch as it can be quite dark. The train ride to the city centre takes about 1 hour each way. Money for food will be provided on a monthly basis.

Pocket money:  will be provided on a monthly basis (110 Euro per month).

Local transport: The volunteers will be given a monthly pass for the public transport in Berlin.

Mentors:The volunteers will have 2 mentors in the VJF office (Steffi and Dorit).

The volunteers will work as camp leaders for most of VJF’s work and language camps. That includes staying in different locations in Germany with changing international groups for about 2 – 3 weeks for each camp. Later on during the EVS, the volunteers will be able to consolidate their skills and competences during the teamer’s training in the summer and then continue leading different work camps for VJF all over eastern Germany. That will include the preparation of free time activities, the guidance of the camp participants regarding working and organisational issues as well as the communication with project partners, mediation and the financial responsibility of the work camps.

As a volunteer at VJF, it is an advantage to have a good knowledge of German and good skills in written and spoken English. Working at VJF requires a teamwork spirit as well as the ability to work independently. Experiences in (intercultural) work camps are highly appreciated.

VJF welcomes motivated, flexible, friendly, curious and self-confident volunteers with good communication skills and a sense of humour. Gender, nationality, religion and political and sexual orientation are not considered in the selection process, the volunteers are chosen regarding their abilities, experiences, interests and motivation. Finally he/she should be willing to work a lot with young people and preferably have an interest in environmental education. The willingness to travel a lot in eastern Germany is important and the volunteers should be fine with living in a rather remote area.

Please send your CV and motivation letter in German to steffi@vjf.de