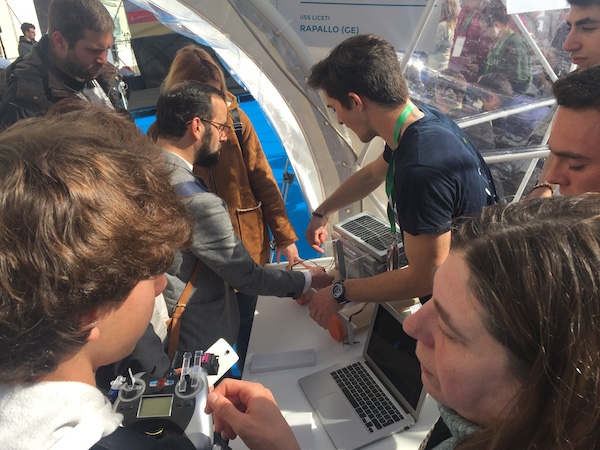 Bridging the gender gap is no easy feat, but through hard work, unity, and determination, the No Gender Gap project partners are determined to plant the seeds for Europe to do just that!

The event was kicked off by Mrs. Fiorella Operto and Mr. Andrea Fui from Scuola Di Robotica, who graciously hosted the partners meeting within the framework of the No Gender Gap project, against the backdrop of a rainy Genoa port, as seen from the 11th floor offices of  the CNR and Scuola di Robotica, promising the advent of spring and new ideas. Scuola Di Robotica, a direct partner of No Gender Gap, putting their their knowledge, know-how and expertise on full display, and ready to be taken into a new and exciting realm.

The partners  from WELTGEWANDT (Germany) , PREVIFORM (Portugal), BUILDING BRIDGES (Spain), and ILA (Netherlands), passionately displayed a wealth of knowledge and proven experience throughout the event as discussions on critical thinking, inclusion,  curriculum development and the different needs present in each of their countries took place. Special emphasis was continually made on the overarching goal of having the project’s intellectual outputs target the issue of the gender gap in the ICT labour market in a contextualized and efficient way. With a MOOC and a Methodological Guideline at stake, the project aims to ensure that these will help spark the interest and imagination of women from very different walks of life in order to have their stories and experience create a multiplicative effect.

The information sessions dove into the actual content of the training course, with electrical components and principles in programing on display, the partners were brought together in an exercise in actual programing making use of the SCRATCH and SNAP platforms  for the arduino based sets developed by Scuola Di Robotica, which was as much fun as it was illustrating in the learning challenges that could be faced by the trainees and trainers during the implementation.

During the last day of the meeting, the partners were treated to a guided tour of the city wide event La Settimana Della Scuola Digitale (Week of The Digital Schools) FUTURA by the enthusiastic president of Sculoa Di Robotica, Emanuele Micheli,  who was not only able to explain most of the displays and technologies around them but who also able to introduce the partners to many of the participation event members in informal group sessions along with students from their institutions, where robotics was front and center as where the winners of the olimpiadi di robotica where being showcased.

The meeting concluded with a team huddle and special goodbye handshake orchestrated by Mrs. Sophia Bickhardt from WELTGEWANDT. As the partners bid each other farewell, one thing was most evident: the commitment and determination in everyone’s eyes when it came to bridging the gap.

Learn more about our robotics partner: