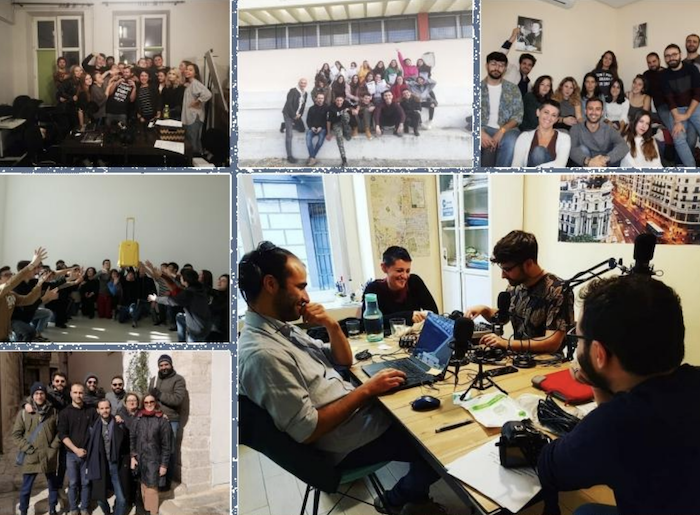 After the first meeting about the European project «Broadcasting Europe, incubation of social enterprise projects in the media sector» that took place in May 2018 in Putignano, and after the 4 training courses that took place in Spain, Poland, Greece and Italy, the second project meeting was realized from 22nd to 24th of February in Putignano with some representatives of APS Warrols, project leader, of RadioJP Association, and of all partners involved: Liceo Majorana Laterza, Asociación Building Bridges – Spain, Europe4Youth – Poland, Geniko Lykeio Agios Nikolaos – Greece, You in Europe – Greece.

Working days were focused on a report of the activities already carried out in the first year, and on the planning of the start-up phase of the new web radios; in particular, partners shared a common radio development
strategy, planned the second year of activities and shared communication strategies.

«Broadcasting Europe» project, co-funded by the Erasmus plus program, first of all aimed to aid the involved organizations in the creation of non-profit web radio, run by young people, “teaching” a model of associationism (already experimented in Putignano), able to create active involvement, to promote active citizenship and to develop transversal skills in young people.

For these reasons, from October 2018 to January 2019 some representatives of Aps Warrols and Radio Jp Association went to Spain, Poland, Greece and to Polo Liceale Majorana Laterza (Putignano – Italy) for training courses during which they taught guys and girls all the secrets to create a web radio: among other topics, they talked about editing, communication, technical management but they also helped girls and boys to choose and
create the name and the logo each radio.