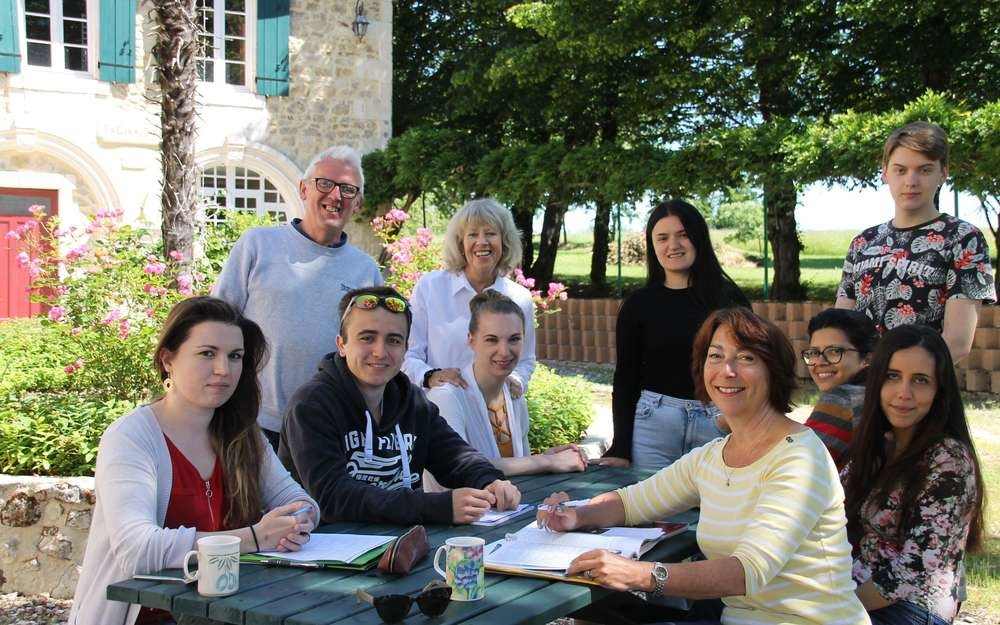 As time flies by, we can’t help but marvel at the extraordinary adventure of France. Last week
we had the first La Giraudiere day, which meant a pause from our computer research and our
project titled Recognizing Young Entrepreneurs; Teaching Entrepreneurship 2019 and
Paul, the project’s director, introduces to us some skills which are related to entrepreneurship
and business skills. With a welcome break in the rain we also did some gardening around the
house where we are staying, clearing branches and bad grass so we have a nice park at our
newly adopted home for the following months.

The following day was a total surprise for everyone because we took a day trip to Saintes, which
was not scheduled at all, but we had a good time visiting the city. Saintes is situated in the
department of the Charente maritime and borders the river Charente and is so rich in roman
history. We had previously visited Angouleme another city rich in history which we mentioned in
our previous newsletter. Another delight of our first month in France was a group trip to
Bordeaux and despite some rain during this trip it failed to dampen our spirits as we took on the
many delights that Bordeaux offers.
Thanks to the French and the English lessons we are having with the teachers at La Giraudiere
each day we feel more confident about our language skills.
In the same month, an important visit took place as the correspondent from the local
newspaper, Charente Libre, visited us to see how the project was progressing, he prepared an
article about our project and its prospects which was published upon the newspaper’s blog and
Eventually, we hope, the article will be released in the press.