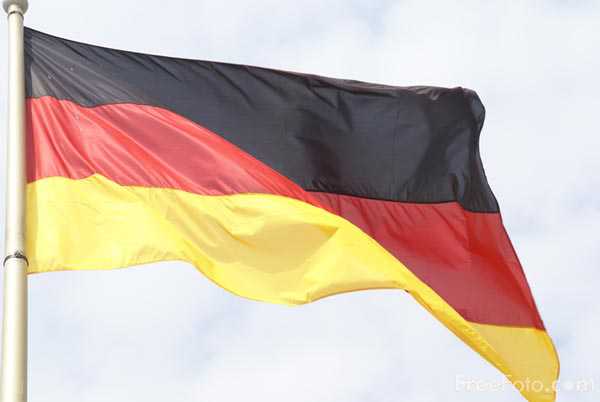 The Steinbeis-Foundation is a foundation of the federal State Baden-Wuerttemberg, that mainly promotes and carries out projects of knowledge and technology-transfer. Furthermore it offers a continuing education program for qualification in technology, management and economy. The extraordinary European Council held in Lisbon on 23 and 24 March 2000 established a strategic objective for the EU including an active employment policy giving greater priority to lifelong learning. The Spring European Council on 22 and 23 March 2005 adopted the European Pact for Youth as one of the instruments contributing to the achievement of the Lisbon objectives of growth and jobs. The Pact focuses on three areas: employment, integration and social advancement; education, training and mobility; reconciliation of working life and family life. The general objectives of the Programme “Youth in Action” shall complement these objectives in particular in the field of lifelong learning, including vocational training and non-formal and informal learning.In particular small organisations, that would like to participate in the program “Youth in Action” and in the European Voluntary Service, very often do not dispose of sufficient financial and human ressources to meet the European Commission’s quality requirements of projects. The Steinbeis-Innovation-Centre “European Projects” provides technical, personal and financial support for participation in this program of non-formal education. Since 1998 staff members of the Steinbeis-Foundation provide consultancy service for several organisatons that participate in the Youth-program; altogether till now they facilitated 140 EVS projects. Furthermore from 2000 to 2013 they participated in 30 international seminars; in January 2003 the Steinbeis-Foundation organized in co-operation with a local host organisation a Contact-Making-Seminar in the Black Forest, in April 2007 the Steinbeis-Innovation-Centre “European Projects” realizes in co-operation with the Christophorus-Jugendwerk a Contact-Making-Seminar at Breisach/Germany. In addition currently the Steinbeis-Foundation set up networks of host and sending organisations for disadvantaged volunteers
Since 2007 the Steinbeis-Innovation Centre «European Projects» is accredited as a coordinating and snding organisation within the Youth in Action program and submitted 38 applications for altogether.97 volunteers. At the same time it sent 30 volunteers to projects in different countries.

Description of the Coordinating Organisation:The Steinbeis-Innovation Centre „European Projects“ is a non profit making institution within the network of the Steinbeis-Foundation Baden-Württemberg and it specializes in the development and management of european cultural and education projects.The Steinbeis-Foundation is a worldwide operating service provider in the field of technology and knowledge transfer with the declared intention to push innovation, to release pulses and to realize innovative ideas. The Foundation was established in 1971 by the federal state of Baden-Württemberg, and is named after Ferdinand von Steinbeis (1807-1893) who set up in the 19th century an early system of the german dual education system that combines apprenticeships in a company and vocational education at a vocational school in one course. The Steinbeis-Foundation with its board of trustees and executive committee forms the umbrella organisation of the network of specialized Steinbeis Centres.Most of the Steinbeis Centres are based at research institutes, universities (for applied sciences) and academies for cooperative education. Professors and downright practitioners are acting as experts and consultants for companies, public and non-profit institutions, federal, state and communal administrations. The Steinbeis-Innovation Centre “European Projects” specializes mainly in intercultural projects in the field of lifelong learning, including vocational training and formal as well as non-formal education. The preparation of intercultural learning opportunities with european dimension aims at the development of employment, integration, social ascent and geographical mobility in Europe.Since 1998 staff members of the Innovation centre advised several hosting organisations on European Voluntary Service projects.For future projects within the frame of the „Youth in Action“ programme the Steinbeis-Innovation Centre has set up partnerships with a larger number of hosting organisations to act as an Coordinating Organisation.

Some general remarks about our projects:

1) We don’t accept more than one volunteer from the same
country/language in one and the same project.

3) Since most of our hosting projects are working in the social field we
are looking for volunteers who are interested in this field, having
previous experiences or qualifications, maybe planning a professional
career in social services etc.

5) In general basic skills in german language are helpful for all
candidates.

6) At the center of our EVS projects are the volunteering activities in
the host organisations, not the leisure time activities of volunteers
outside of the project, so volunteers should have the ability to
organise their leisure time on their own.

7) We are expecting a full time volunteering service of 38 hours per
week.

8) EVS is not a language course, therefore candidates who are at first
and mainly interested in language learning should not apply for our
projects.

9) Some of our projects are located in small cities or villages with
less than 4.000 inhabitants. Before applying for these projects
candidates should think about daily life in such small communities.

Send your CV , motivation letter and filled questionnaire  ( http://speedy.sh/twFE3/EVS-questionnaire-Steinbeis-2014-1-1.doc)  to asociacionbb@gmail.com with a note «EVS 2012-DE-127